My life in Golf 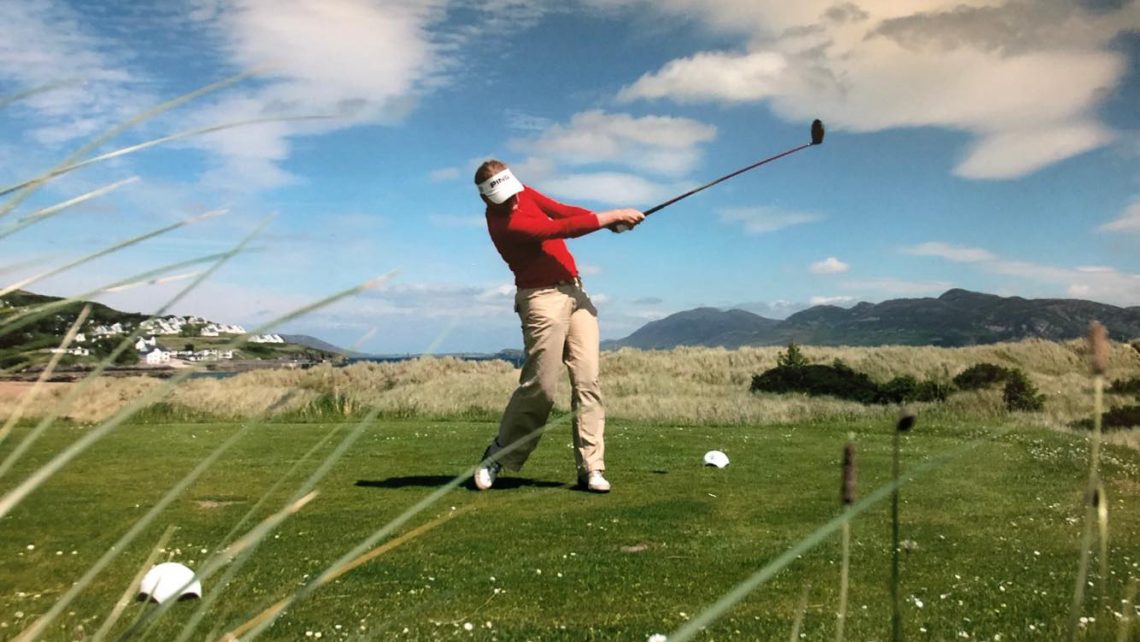 My first competitive round of golf took place at Ennis Golf Club during the Munster Girls Championship in 1986. I participated merely as a novice as this was my first competitive tournament and 4th time competing with a card in my hand! There had been a major panic to get my 3 cards in enabling me to enter the competition.

I was immediately hooked by the game of golf. Not because I found it easy, quite the opposite because it was such a challenge. Golf was a natural progression for me. As a young person I played every game I possibly could and so it was inevitable golf was on the list especially since we lived just down the road from the golf course. The golf course was an escape for me from the madness of our little home (there were 7 energetic kids). It enabled me to be in nature, perfecting my golf skills in the peace and tranquillity of Ennis Golf Club. I would often stay up there till dark, pottering around chipping and putting. I loved golf and what it gave me, the challenge, the fresh air, the progress, the friends and the fun.

After a poor performance in my first serious competition (I incurred a number of penalty strokes for breaking some rules I didn’t know) my appetite for mastering the game increased!  The one thing you learn about golf at any level is you never master it – you really are only as good as your next round and consistency is the key. One bad shot in a round can ruin your card after 72 perfect ones. It is by far one of the most mentally challenging games. Self-talk is a massive part of it, in those tough moments you have to really pull yourself through. Confidence and body language are all key ingredients to enable you to excel at such a challenging game.

Once I caught the bug I competed at golf for 18 years. Most sports I would compete at for a year or 2 and move on but golf took a bit longer to master!!  My final competition was the Curtis Cup in Bandon Dunes in 2006.  We were defeated by the Americans but it was a very memorable event and an honour to represent Great Britain & Ireland. My achievements included winning 2 Irish Ladies titles, being on two winning Vagliano teams, being a member of the Irish Ladies team to win two Home International titles, playing on the 3-woman World Cup Irish Team and competing worldwide in several International competitions.

Golf more than anything taught me valuable life skills – the reward of consistent practise and routine, the importance of planning, dedication, focus, how to deal with winning and losing.

People would often say to me towards the end of my career, you are amazing all you have achieved and I would think to myself if you spent 18 years and gave as much to golf as I have in that time period you would expect to get at least out of it what I did. Hard work is essential to achieve success, it’s no coincidence the hardest workers are the most successful people.

Prev post
Get in touch with Tricia to find out more.