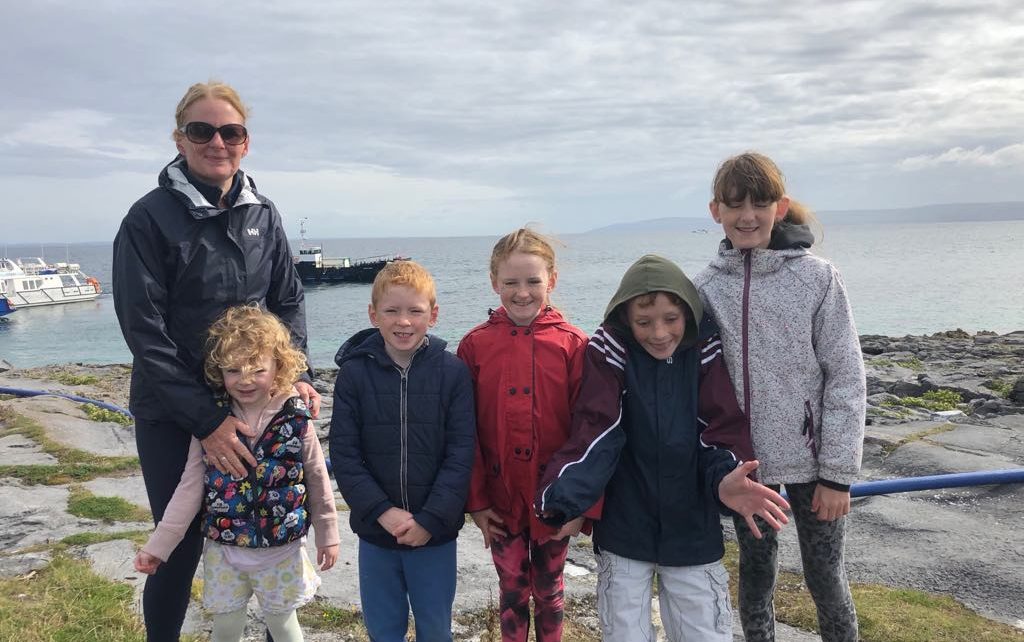 Riona was born in May 2015 and there is 7 years and 6 weeks between her and Ciara! It took me 8 or 9 months to fall pregnant with Ciara so I did not know if we could have any more children!!!  I was delighted when Riona arrived safely in May 2015. Six weeks after the birth I was doing well, recovering physically and mentally. I decided I want to get fit again so I hit the gym in the Falls Hotel, Ennistymon to do some weights. I had a great session until I came home to sleep that night. I woke up with horrendous nerve pain under my arms, especially my right arm. I was still feeding Riona, I couldn’t take neurofen, but only paracetomol. I was in shock. I woke up the next day and contacted my local Physiotherapist to see if she had any advice. She told me to drink loads of water and rest. So I did. The nerve pain was sharp and tingly around my shoulders. It was uncomfortable and very worrying. It was about 3 weeks after the initial incident, that I had an appointment with a local masseur.  I felt it could only help. But after the massage the tingly feeling had spread all over my body. It was simply awful. I felt completely out of control. This was about the end of July.

Two of my dear school friends were seriously ill at the time. One passed away in August of that summer and it was all such a shock. Looking back, it was an incredibly touch time in my life. I continued to recover as best I could, I was not feeling great and still feeding my youngest girl. I was so keen to get fit at the same time.

Towards the end of September, I had rested for 6 weeks and decided to participate in a yoga class. I enjoyed the class and it all went well and I felt great until I went to bed that night. I woke up in the middle of the night and the only way to describe the feeling I had was like snakes crawling up and down my thighs. I couldn’t sleep. I spoke to the doctor, I spoke to the physiotherapist but nobody seemed to be able to give me answers as to what was going on. As I sat on the couch my nervous system was on fire, even the nerves on my face. I was still feeding Riona, my youngest at the time. I feel that feeding Riona was actually exacerbating the situation and delaying my recovery. The injury under my arm was where the milk came through so it was making the situation worse continuously. The last time I fed Riona during the night, the nerve in the middle of my upper left arm sizzled and in that moment, I said to myself I just had to stop, and start taking care of myself too. It nearly killed me as I wanted to feed my last baby for longer.

I did nothing physically for a few months after that. I had to wait for my milk to go before the recovery would really begin. From what I know now my nervous system had actually ‘crashed’. I was so weak physically and mentally after the birth of the 5 children in 7 years, it all caught up on me. It was a slow and long recovery. I made a start and put myself on level 1 on the exercise bike, as I endeavoured to get back to some level of fitness. Once I felt my body was able, I made myself  do some form of exercise every day and still do. I am so grateful for my health. I had thought I had a serious illness and it was a relief to know I could work on myself and get myself back to a place of wellbeing.

The next year continued to be very challenging but I pushed through and achieved what I had set out to achieve. When I drank alcohol I could not sleep at night. My body was often out of control when I would go to sleep at-that’s when you could really feel the nerve pain come alive. The doctor told me it was something you normally see in old people!!!